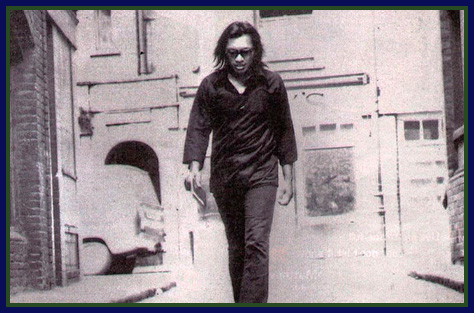 1. Searching for Sugar Man
Malik Bendjelloul, Director
USA, 2012 (PG-13)
English (86 min.)
Thursday February 6, 7:00PM
Kentucky Theatre
Decades after Detroit singer-songwriter Rodriguez disappeared following the commercial failure of his two critically praised records in the 1970s, two fans from South Africa, where Rodriguez was a huge hit, try to track down their idol.
Searching for Sugar Man is a documentary film directed by Malik Bendjelloul, which details the efforts of two Cape Town fans in the late 1990s, Stephen 'Sugar' Segerman and Craig Bartholomew Strydom, to find out whether the rumoured death of American musician Sixto Rodriguez was true, and, if not, to discover what had become of him. Rodriguez's music, which never took off in the United States, had become wildly popular in South Africa, but little was known about him there. 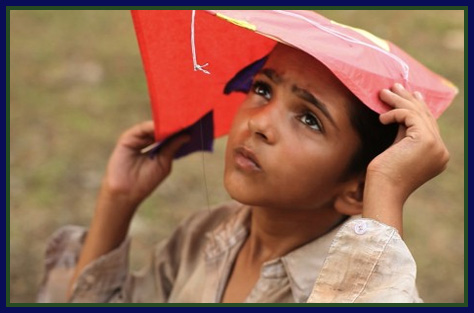 2. Gattu
Rajan Khosa, Director
India, 2011 (Not Rated)
Hindi w/subtitles (90 min.)
Saturday February 8, 10:00AM
(NOTE OUR NEW SATURDAY MORNING SCREENING TIME!!)
Kentucky Theatre
In a nation that is obsessed with flying kites, the story is set in a small town Roorkee, Uttarakhand, India, where a nine-year-old orphan, Gattu works in his uncle's garbage-recycling business. The blue skies above the town is dominated by a kite named 'Kali' with mysterious origins. Out of the many kids who dream to defeat Kali, Gattu is more determined. He does fail on number of occasions but one fine day, his will find a way. He discovers a local school having a roof that renders him some strategic advantage. Impersonating as a student, he sneaks into the school and must now pretend to study. The only problem - he can't read or write! The little street urchin takes up the challenge as when the desire is strong, dreams aren't impossible. 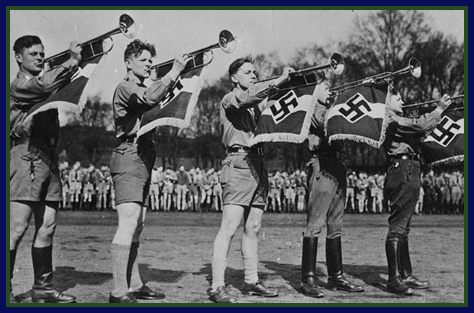 3. Hitler’s Children
Chanoch Ze’evi, Director
Israel, 2011 (Not Rated)
English, German & Hebrew w/subtitles (59 min.)
Thursday February 13, 7:00PM
Kentucky Theatre
"Hitler’s Children” is a unique documentary film that reveals, for the first time, the ways in which family members of high rank senior Nazi officers from Hitler’s inner circle struggle with the burden of carrying a terror-inducing surname.
During detailed interviews, families such as Goering, Himmler, Hoess amongst others, share the feelings of guilt and responsibility that accompany them in their daily lives.
During his intensive research, director and producer, Chanoch Ze’evi, third generation of Holocaust survivors, was able to convince direct descendants’ of members of the Nazi regime to speak with him, thereby creating a in-depth and mesmerizing dialogue that tells the story of the Holocaust from a new and original vantage point. 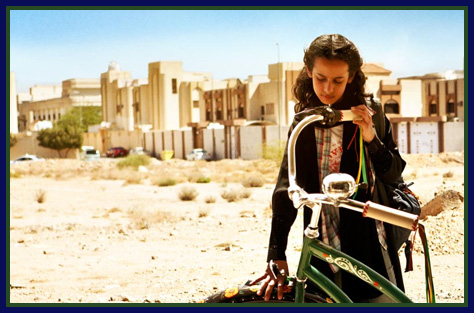 4. Wadjda
Haifaa Al-Mansour, Director
Saudi Arabia, 2011 (PG)
Arabic w/subtitles (98 min.)
Saturday February 15, 10:00AM
(NOTE OUR NEW SATURDAY MORNING SCREENING TIME!!)
Kentucky Theatre
Wadjda is a 10-year-old girl living in a suburb of Riyadh, the capital of Saudi Arabia. Although she lives in a conservative world, Wadjda is fun loving, entrepreneurial and always pushing the boundaries of what she can get away with. After a fight with her friend Abdullah, a neighborhood boy she shouldn't be playing with, Wadjda sees a beautiful green bicycle for sale. She wants the bicycle desperately so that she can beat Abdullah in a race. But Wadjda's mother won't allow it, fearing repercussions from a society that sees bicycles as dangerous to a girl's virtue. So Wadjda decides to try and raise the money herself.
At first, Wadjda's mother is too preoccupied with convincing her husband not to take a second wife to realize what's going on. And soon enough Wadjda's plans are thwarted when she is caught running various schemes at school. Just as she is losing hope of raising enough money, she hears of a cash prize for a Koran recitation competition at her school. She devotes herself to the memorization and recitation of Koranic verses, and her teachers begin to see Wadjda as a model pious girl. The competition isn‘t going to be easy, especially for a troublemaker like Wadjda, but she refuses to give in. She is determined to continue fighting for her dreams... 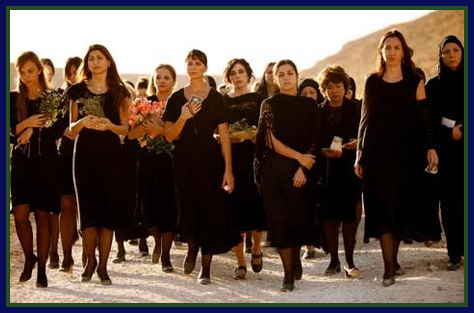 5. Where Do We Go Now?
Nadine Labaki, Director
Lebanon, 2011 (PG-13)
English, Russian & Arabic w/subtitles (110 min.)
Thursday February 20, 7:00PM
Kentucky Theatre
Set in a remote village where the church and the mosque stand side by side, Where Do We Go Now? follows the antics of the town’s women to keep their blowhard men from starting a religious war. Women heartsick over sons, husbands and fathers lost to previous flare-ups unite to distract their men with clever ruses, from faking a miracle to hiring a troop of Ukrainian strippers. 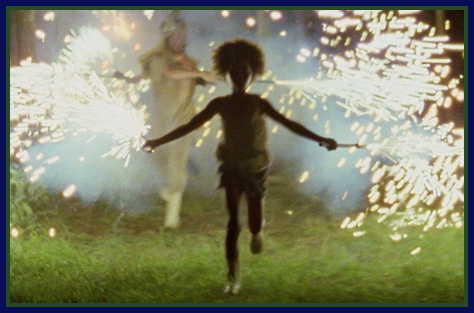 6. Beasts of The Southern Wild
Benh Zeitlin, Director
USA, 2011 (PG-13)
English (93 min.)
Saturday February 22, 10:00AM
(NOTE OUR NEW SATURDAY MORNING SCREENING TIME!!)
Kentucky Theatre
With Oscar nominations for Best Picture and Best Actress, Beasts of the Southern Wild tells the story of a forgotten but defiant bayou community cut off from the rest of the world by a sprawling levee. Despite being on the brink of orphanhood, a six-year-old girl is buoyed by her childish optimism and extraordinary imagination as she believes that the natural world is in balance with the universe until a fierce storm changes her reality. Desperate to repair the structure of her world in order to save her ailing father and sinking home, this tiny hero must learn to survive unstoppable catastrophes of epic proportions. 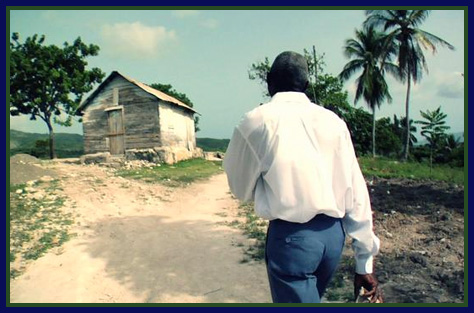 7. La Source
Patrick Shen, Director
USA, 2011 (Not Rated)
English, Haitian w/subtitles (72 min.)
Thursday February 27, 7:00PM
Kentucky Theatre
Narrated by Oscar-nominated actor Don Cheadle (Hotel Rwanda, Crash), in what The Washington Post calls an “artfully shot documentary,” La Source tells the uplifting story of Josue Lajeunesse, a Haitian Princeton janitor who returns to his country after the devastating 2010 earthquake to revive his lifelong dream to bring what is most fundamental to his village’s survival; clean water.
A hit at the 2012 AFI-Discovery Channel Silverdocs Documentary Festival where it received a standing ovation and a nomination for the Social Impact Award, this film from award-winning Director Patrick Shen (Flight from Death: The Quest for Immortality, The Philosopher Kings) is not just a movie about clean water and community transformation; it is a story of one unlikely hero, empowered by a vision, who did whatever it took to ignite the passion of people thousands of miles away to change the lives of those in La Source forever. 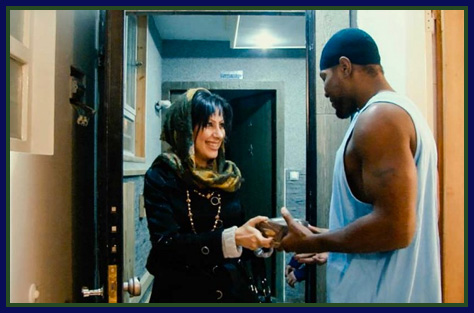 8. The Iran Job
Till Schauder, Director
USA, 2012 (Not Rated)
English, Persian w/subtitles (90 min.)
Saturday March 1, 10:00AM
(NOTE OUR NEW SATURDAY MORNING SCREENING TIME!!)
Kentucky Theatre
The Iran Job follows American basketball player Kevin Sheppard as he accepts a job to play in one of the world’s most feared countries: Iran. With tensions running high between Iran and the West, Kevin tries to separate sports from politics only to find that politics is impossible to escape in Iran.
Along the way he forms an unlikely alliance with three outspoken Iranian women. Thanks to these women, his apartment turns into an oasis of free speech, where they discuss everything from politics to religion to gender roles.
Kevin’s season in Iran culminates in something much bigger than basketball: the uprising and subsequent suppression of Iran’s reformist Green Movement – a powerful prelude to the sweeping changes across the Middle East in the wake of the Arab Spring. 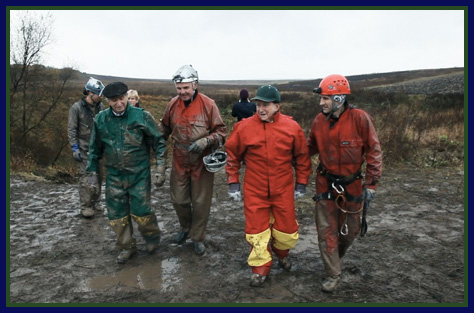 9. No Place on Earth
Janet Tobias, Director
UK, 2012 (PG-13)
English, German & Yiddish w/subtitles (83 min.)
Thursday March 6, 7:00PM
Kentucky Theatre
In 1942, 38 men, women and children slide down a cold, muddy hole in the ground, seeking refuge from the war above in a pitch-black underground world where no human had gone before. These five Ukrainian Jewish families created their own society where young men bravely ventured into the harrowing night to collect food, supplies and chop firewood. The girls and women never left; surviving underground longer than anyone in recorded history. Held together by an iron-willed matriarch, after 511 days, the cave dwellers, ages 2 to 76, emerged at war’s end in tattered clothes, blinded by a sun some children forgot existed. Despite all odds, they had survived.
The remarkable true story of NO PLACE ON EARTH starts out as a mystery. While exploring some of the longest caves in the world in southwestern Ukraine in the 1990s, American caver Chris Nicola stumbled onto unusual objects…an antique ladies shoe and comb, old buttons, an old world key. Was the vague rumor true, that some Jews had hid in this cave during WWII and if so, had any survived to tell their tale?
67 years later, Chris leads four of the survivors back to Ukraine to say thank you to “the cave.” 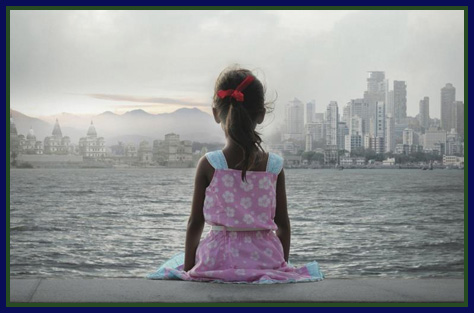 10. The World Before Her
Nisha Pahuja, Director
Canada, 2012 (Not Rated)
English, Hindi w/subtitles (90 min.)
Saturday March 8, 10:00AM
(NOTE OUR NEW SATURDAY MORNING SCREENING TIME!!)
Kentucky Theatre
In the lobby of a modest Bombay hotel, 20 young women from across India arrive for an intense, month-long beauty boot camp. They are the hand-picked contestants for the Miss India pageant, the ultimate glamour event in a country that has gone mad for beauty contests. Winning the coveted title means instant stardom, a lucrative career path and, for some girls, freedom from the constraints of a patriarchal society.
Through dramatic verite action and unprecedented behind-the-scenes access, The World Before Her sweeps back the curtain to reveal the intimate stories of young women determined to win the crown and the forces that oppose them. Hindu fundamentalists view pageants and their “international” beauty standards as immoral and a symbol of the rapid Westernization of India; protests are common.
Yet amid pageant dazzle and heated rhetoric, filmmaker Nisha Pahuja ensures the faces and voices of India’s young women remain front stage centre.
As the contestants move through beauty boot camp, Pahuja travels to another corner of India to visit an annual camp for young girls run by the Durgha Vahini, the women’s wing of the militant fundamentalist movement. Through lectures and physical combat training, the girls learn what it means to be good Hindu women and how to fight against Islam, Christianity and Western influences by any means necessary. The Indian government says these camps promote terrorism and is trying to ban them. Until now, they have never been filmed.