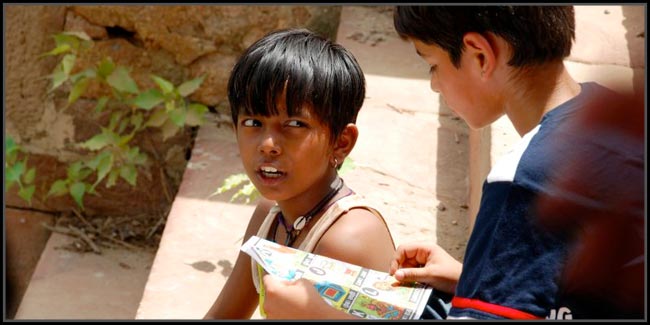 1. I Am Kalam
Nila Madhab Panda, Director
India, 2010 (Not Rated)
Hindi, Rajasthani, Punjabi, & English with subtitles (88 min.)
Sunday February 10, 2:00 & 4:30PM
Lexington Public Library Central Library Theater
I Am Kalam is the story of a young Indian boy's hunger for education, something which he cannot aspire to have because of his family s poverty-stricken status. Through an engaging, entertaining and fast-paced, fable-like narrative, the film takes the viewer to the world of Chhotu, who at one point starts referring to himself as Kalam after watching former President of India Dr. A.P.J. Abdul Kalam speak on TV about how he got his education fighting several odds. The film celebrates the survival of the human spirit against overwhelming odds and highlights the need for underprivileged children's education.
To view the trailer for I Am Kalam, click HERE 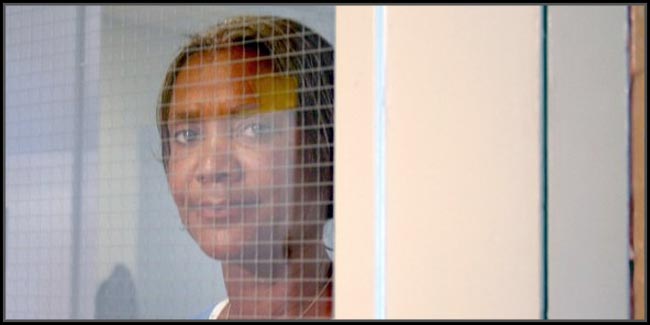 2. Crime After Crime
Yoav Potash, Director
USA, 2011 (Not Rated)
English (95 min.)
Thursday February 14, 5:00 & 7:30PM
Kentucky Theatre
Crime after Crime tells the dramatic story of the legal battle to free Debbie Peagler, an incarcerated survivor of domestic violence. She was wrongly convicted of the murder of her abusive boyfriend, and given 26 years in prison. Her story takes an unexpected turn two decades later when two rookie land-use attorneys step forward to take her case. Through their perseverance, they bring to light long-lost witnesses, new testimonies from the men who committed the murder, and proof of perjured evidence. Their investigation ultimately attracts global attention to victims of wrongful incarceration and abuse, and becomes a matter of life and death once more.
Sponsored by Bluegrass and Kentucky Chapters of NOW.
To view the trailer for Crime after Crime, click HERE 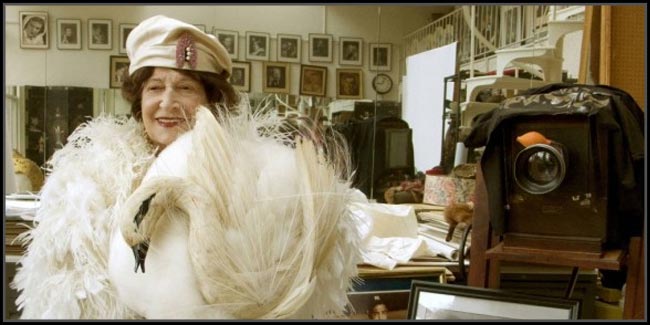 3. Lost Bohemia
Josef Astor, Director
USA, 2010 (Not Rated)
English (77 min.)
Sunday February 17, 2:00 & 4:30PM
Lexington Public Library Central Library Theater
For over 100 years, the most significant 20th century artists and performers have lived and worked in the 165 studios atop Carnegie Hall, including Marilyn Monroe, Isadora Duncan, Barnett Newman, Norman Mailer, Marlon Brando, and George Balanchine. In 2007, the Carnegie Hall Corporation began to systematically evict the artists (some in residence for over 60 years), destroy the studios, and convert the space into offices. Alarmed by the situation, photographer Josef Astor, a resident of the Carnegie Hall Studios for over 20 years, began to film his neighboring artists: ballet and drama instructors, dancers, singers, sculptors, painters, and writers. Over a period of eight years, first-time director Astor filmed several hundred hours of the remaining artist tenants as they fought to preserve the studios for future generations. Lost Bohemia is Astor’s intimate, affectionate portrait of these extraordinary people.
To view the trailer for Lost Bohemia, click HERE 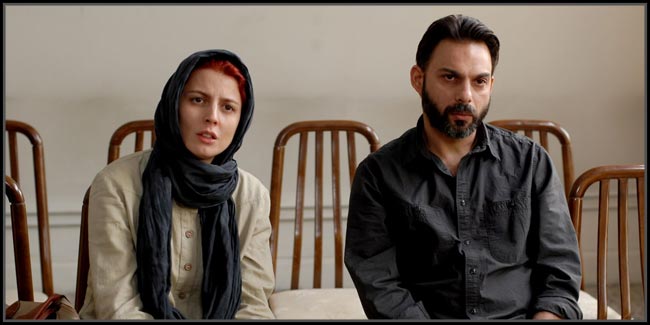 4. A Separation
Asghar Farhadi, Director
Iran, 2011 (PG-13)
Persian with subtitles (123 min.)
Thursday February 21, 7:00PM
Kentucky Theatre
Set in contemporary Iran, A Separation is a compelling drama about the dissolution of a marriage. Simin wants to leave Iran with her husband Nader and daughter Termeh. Simin sues for divorce when Nader refuses to leave behind his Alzheimer-suffering father. Her request having failed, Simin returns to her parents' home, but Termeh decides to stay with Nader. When Nader hires a young woman to assist with his father in his wife's absence, he hopes that his life will return to a normal state. However, when he discovers that the new maid has been lying to him, he realizes that there is more on the line than just his marriage.
2012 ACADEMY AWARD WINNER FOR BEST FOREIGN FILM
To view the trailer for A Separation, click HERE 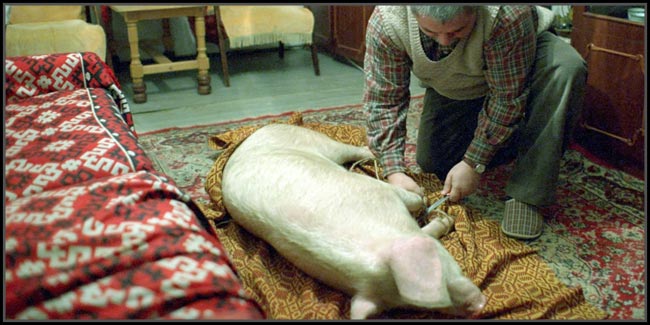 5. Tales From The Golden Age
Hanno Höfer, Razvan Marculescu, Cristian Mungiu, Constantin Popescu, Ioana Uricaru, Directors
Romania, 2009 (Not Rated)
Romanian with subtitles (155 min.)
Sunday February 24, 2:00PM
Lexington Public Library Central Library Theater
The final 15 years of the Ceausescu regime were the worst in Romania's history. Nonetheless, the propaganda machine of that time referred without fail to that period as “the golden age”... Tales from the Golden Age adapts for screen the most popular urban myths of the period. Comic, bizarre, surprising myths abounded, myths that drew on the often surreal events of everyday life under the communist regime. Humor is what kept Romanians alive, and Tales From The Golden Age aims to re-capture that mood, portraying the survival of a nation having to face every day the twisted logic of a dictatorship.
To view the trailer for Tales From The Golden Age, click HERE 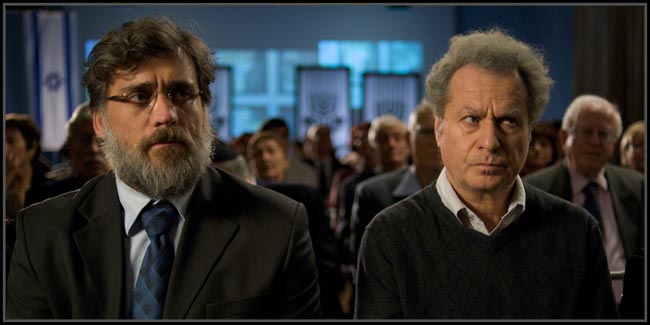 6. Footnote
Mona Achache, Director
Israel, 2009 (PG)
Hebrew with subtitles (103 min.)
Thursday February 28, 7:00PM
Kentucky Theatre
Footnote is the tale of a great rivalry between a father and son. Eliezer and Uriel Shkolnik are both eccentric professors, who have dedicated their lives to their work in Talmudic Studies. The father, Eliezer, is a stubborn purist who fears the establishment and has never been recognized for his work. Meanwhile his son, Uriel, is an up-and-coming star in the field, who appears to feed on accolades. Then one day, the tables turn. When Eliezer learns that he is to be awarded the Israel Prize, the most valuable honor for scholarship in the country, his vanity and desperate need for validation are exposed. His son, Uriel, is thrilled to see his father's achievements finally recognized but, in a darkly funny twist, is forced to choose between the advancement of his own career and his father's. Footnote is the story of insane academic competition, the dichotomy between admiration and envy for a role model, and the very complicated relationship between a father and son.
To view the trailer for Footnote, click HERE 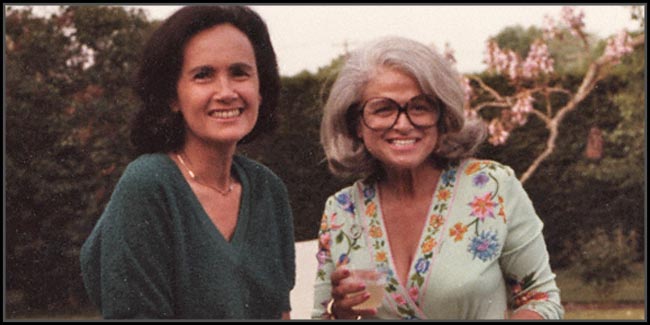 7. Edie & Thea: A Very Long Engagement
Susan Muska & Gréta Olafsdóttir, Directors
USA, 2009 (Not Rated)
English (61 min.)
Sunday March 3, 2:00 & 4:30PM
Lexington Public Library Central Library Theater
The story of Edie and Thea is a documentary about two soulmates whose love begins with an instant magnetic attraction and lasts 42 years – and counting. But like the great love stories of literature and lore – Tristan and Isolde, Romeo and Juliet, Gertrude and Alice – Edie and Thea’s story is one of forbidden love. Shortly after they meet in New York’s West Village in the early 1960s, they become “engaged”, though the idea of a civil marriage for gay and lesbian couples was unthinkable at the time and would not come to pass for another 4 decades.
Sponsored by Bluegrass and Kentucky Chapters of NOW.
To view the trailer for Edie & Thea: A Very Long Engagement, click HERE 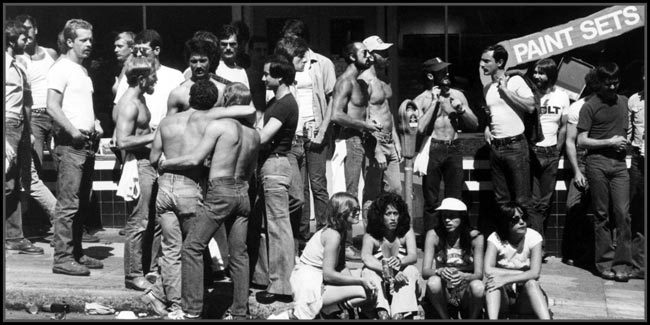 8. We Were Here
David Weissman & Bill Weber, Directors
USA, 2011 (Not Rated)
English (90 min.)
Thursday March 7, 5:00 & 7:30PM
Kentucky Theatre
We Were Here documents the coming of what was called the “Gay Plague” in the early 1980s. It illuminates the profound personal and community issues raised by the AIDS epidemic as well as the broad political and social upheavals it unleashed. The first documentary to take a deep and reflective look back at the arrival and impact of AIDS in San Francisco, it explores how the City’s inhabitants were affected by, and how they responded to, that calamitous epidemic. Though a San Francisco-based story, We Were Here extends beyond San Francisco and beyond AIDS itself. It speaks to our capacity as individuals to rise to the occasion, and to the incredible power of a community coming together with love, compassion, and determination.
To view the trailer for We Were Here, click HERE 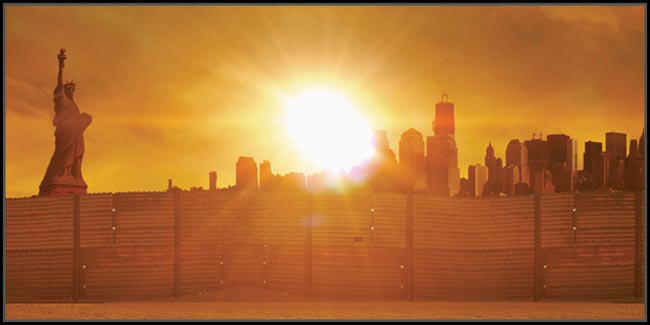 9. Harvest of Empire
Peter Getzels & Eduardo Lopez, Directors
USA, 2012 (Not Rated)
English (90 min.)
Sunday March 10, 2:00PM
Lexington Public Library Central Library Theater
Based on the ground-breaking book by award-winning journalist Juan González, Harvest of Empire takes an unflinching look at the role that u.s. economic and military interests played in triggering an unprecedented wave of migration that is transforming our nation’s cultural and economic landscape. From the wars for territorial expansion that gave the u.s. control of Puerto rico, Cuba and more than half of Mexico, to the covert operations that imposed oppressive military regimes in the Dominican Republic, Guatemala, Nicaragua and El Salvador, Harvest of Empire unveils a moving human story that is largely unknown to the great majority of citizens in the U.S.
To view the trailer for Harvest of Empire, click HERE 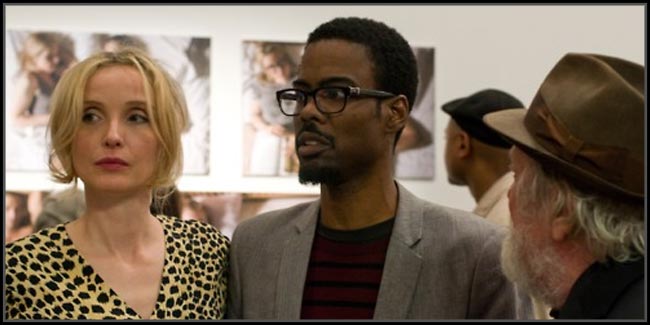