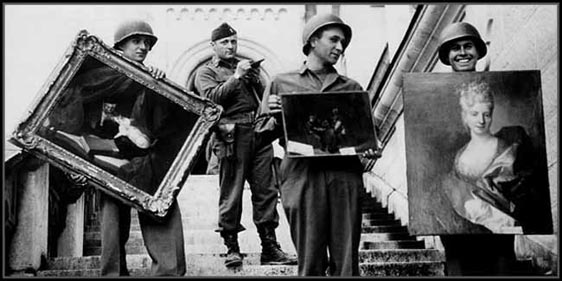 1. The Rape of Europa
Richard Berge, Bonni Cohen & Nicole Newnham, Directors
USA, 2006 (Not Rated)
English, Russian, Polish, German, French & Italian with subtitles (117 min.)
Sunday February 12, 2:00PM
Carrick Theatre, Mitchell Fine Arts Center Building. Transylvania University Campus
For A Detailed Google Map of The Mitchell Fine Arts Center, CLICK HERE
For An Interactive Map of All Buildings on Transylvania Campus,
CLICK HERE
Joan Allen narrates this documentary that chronicles 12 years of the Nazis' pillaging works of art throughout Europe and the international effort to locate, protect and return millions of valuable treasures. The film traces the story of art lovers and everyday heroes who tried to thwart the looting Nazis and reveals how experts from Europe and the United States are working to recover priceless works of art missing or hidden for decades. 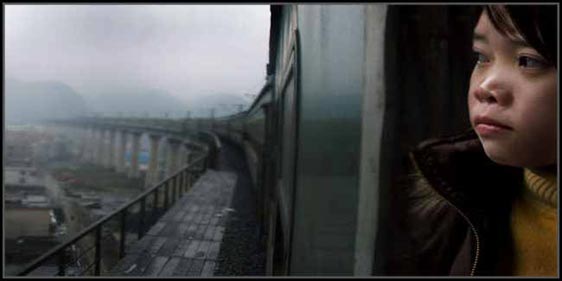 2. Last Train Home
Lixin Fan, Director
USA, 2009 (Not Rated)
Mandarin with subtitles (85 min.)
Thursday February 16, 5:00 & 7:30PM
Kentucky Theatre
Documentarian Lixin Fan follows a couple who, like 130 million other Chinese peasants, left their rural village for work in the city, leaving their children to be raised by grandparents. The husband and wife return only once each year, on an arduous 1,000-mile journey. But their homecoming is not a warm one, as their now teenage daughter, Qin, makes her bitter resentment known and debates pursuing a factory job herself. 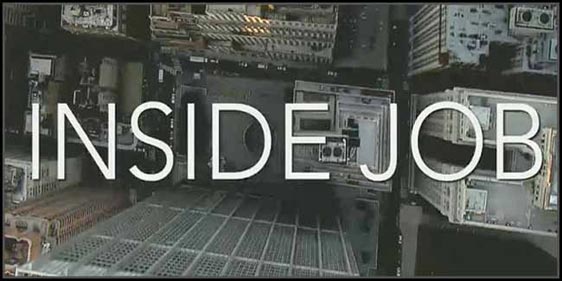 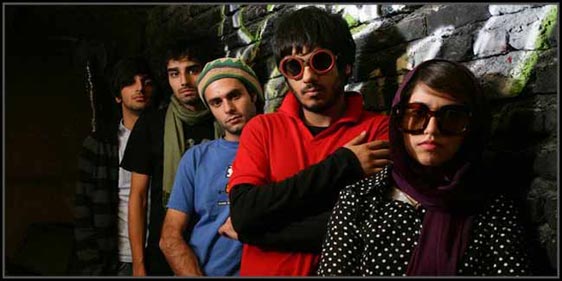 4. No One Knows About Persian Cats
Bahman Ghobadi, Director
Iran, 2009 (Not Rated)
Persion with subtitles (106 min.)
Thursday February 23, 5:00 & 7:30PM
Kentucky Theatre
What do you do when you can't play music in your homeland, but you can't leave your country to play it abroad either? This is the dilemma faced by an young Iranian man and woman who, fresh on the heels of their prison release, decide to form a rock band. Despite having drive and ambition to spare, the wannabe rockers are stymied by lack of passports, lack of funds and lack of musicians who're willing to leave Iran in this drama from Bahman Ghobadi. 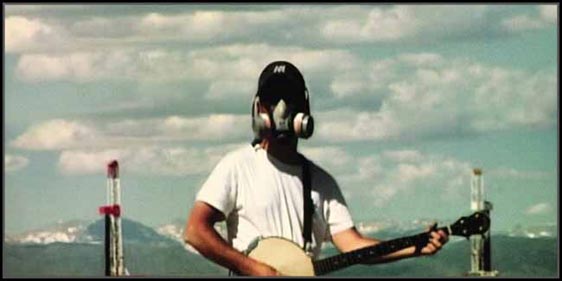 5. Gasland
Josh Fox, Director
USA, 2010 (Not Rated)
English (107 min.)
Sunday February 26, 2:00 & 4:30PM
Cowgill Building, Transylvania University Campus
For A Detailed Google Map of the Cowgill Building, CLICK HERE
For An Interactive Map of All Buildings on Transylvania Campus,
CLICK HERE
In this Oscar-nominated documentary, director Josh Fox journeys across America to examine the negative effects of natural-gas drilling, from poisoned water sources to kitchen sinks that burst into flame to unhealthy animals and people. Is natural gas a viable alternative to the country's dwindling energy resources, or do the potential harmful consequences outweigh the positives? Fox's film raises these and many more probing questions. 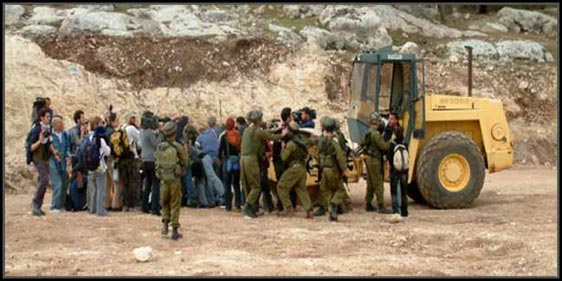 6. Budrus
Julia Bacha, Director
Israel, 2009 (Not Rated)
Arabic & Hebrew with subtitles (70 min.)
Thursday March 1, 5:00 & 7:30PM
Kentucky Theatre
Documentarian Julia Bacha delves into the fraught world of Palestinian-Israeli relations in this amazing account of one family's leadership of a movement to prevent Israel's Separation Barrier from slicing the Palestinian village of Budrus in half. Ayed Morrar inspires nonviolent protests of the giant barrier by numerous factions, and his 15-year-old daughter, Iltezam, leads a women's group. Archival footage and interviews illuminate the action. 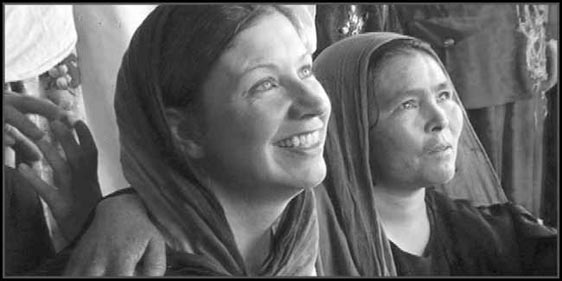 7. Beyond Belief
Beth Murphy, Director
USA, 2010 (Not Rated)
English (92 min.)
Sunday March 4, 2:00PM
Carrick Theatre, Mitchell Fine Arts Center Building. Transylvania University Campus
For A Detailed Google Map of The Mitchell Fine Arts Center, CLICK HERE
For An Interactive Map of All Buildings on Transylvania Campus,
CLICK HERE
Two strangers, Patti Quigley and Susan Retik, formed a common bond in their grief when both lost their husbands on Sept. 11, 2001. This documentary chronicles how the two coped with their unimaginable loss, traveling to Afghanistan to meet women there who were also widowed by violence. Director Beth Murphy follows Quigley and Retik as they discover that they share a kinship with their Middle Eastern counterparts, even though they're worlds apart. 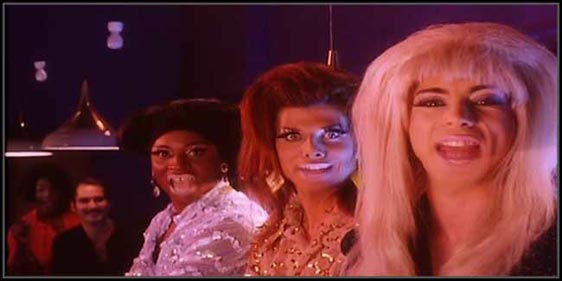 8. Stonewall
Nigel Finch, Director
USA, 1995 (R)
English (99 min.)
Thursday March 8, 5:00 & 7:30PM
Kentucky Theatre
In a story framed by a seminal moment in gay history, Matty Dean (Fred Weller) arrives in New York City's Greenwich Village in 1969, seeking sexual liberation. He finds it at the popular gay bar the Stonewall Inn. After ending up in jail after a raid there, he meets Ethan (Brendan Corbalis), a gay activist who favors peaceful protest. That ideal, however, is lost when police storm the Stonewall again, and this time the enraged men fight back. 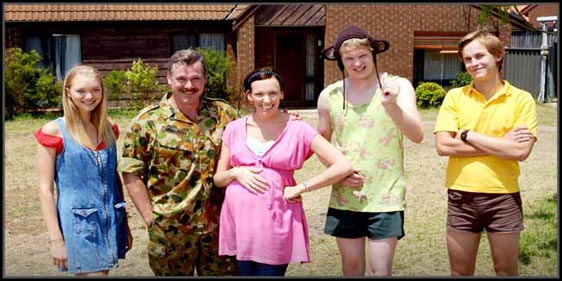 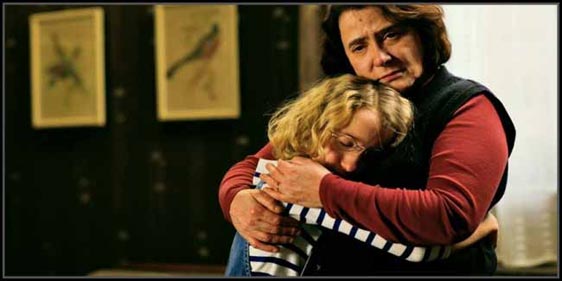 10. The Hedgehog (Le Hérisson)
Mona Achache, Director
France, 2009 (Not Rated)
French & Japanese with subtitles (100 min.)
Thursday March 15, 5:00 & 7:30PM
Kentucky Theatre
Paloma is a serious, but deeply bored 11-year old, who has decided to kill herself on her twelfth birthday. Fascinated by art and philosophy, she questions and documents her life and immediate circle, drawing trenchant and often hilarious observations on the world around her. But as her appointment with death approaches, Paloma finally meets some kindred spirits, in her building's grumpy concierge, and an enigmatic, elegant neighbor, both of whom inspire Paloma to question her rather pessimistic outlook on life. 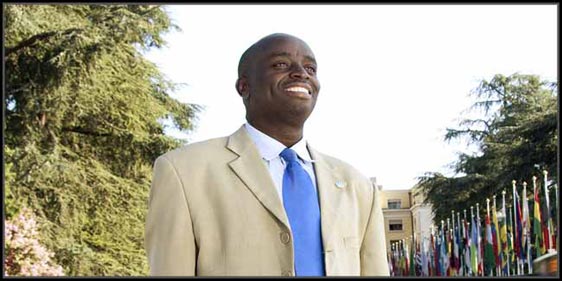 11. A Small Act
Jennifer Arnold, Director
USA, 2008 (PG-13)
Kikuyu, Swahili & Swedish with subtitles (88 min.)
Sunday March 18, 2:00 & 4:30PM
Lexington Public Library Central Library Theater
When Swedish citizen Hilde Back sponsors the education of Kenyan student Chris Mburu, she not only educates one child, but she sparks a lifelong love of learning. As an adult, Chris establishes a scholarship program in his home village. Later, when political violence threatens Kenya's educational system, Chris is determined to change it. One person's power to make an impact on the world is powerfully illustrated in this heartwarming documentary.